Will You Try A Road Yet Traveled?

Once on a business trip in southern Nevada, I took some time to venture a hike into Grapevine Canyon – known for 1,000-year-old petroglyphs. My GPS directed my vehicle right to the parking lot and the trail head was well marked. 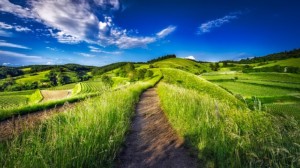 A few hundred yards into the hike, the trail became increasingly obscure. What appeared to be the trail kept ending up an impassable route. So, I kept having to retrace my steps until I found the real trail. My frustration level began rising.

Further up the canyon there was no trail – whatsoever. I now had to figure out if the direction I was heading would get me where I wanted to go, or, into yet another impasse.

My internal dialogue became considerably more pronounced; “Why isn’t there a clearly marked trail?” “How much time am I wasting back tracking – repeatedly?” Then came the wake-up call to my self-imposed misery; “This just isn’t my idea of having fun!”

I sat to chill out, pondering the last time I’d done any off-trail hiking. It had been quite a few years … and it used to be an exhilarating experience.

So, what had changed?  The mental/intuitive muscles necessary for this kind of critical thinking / problem solving, had gone dormant. I no longer had an instinctual access to that skill set.

I decided to choose a different mindset. 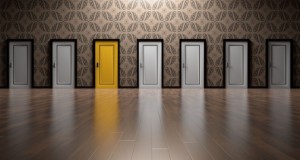 I’d rock climb to places which would afford me vantage points to see further up the canyon. From these locations, I could then focus on approaches which looked the most viable to my ascent. Within a short period, my frustration had been replaced with a sense of joy and fulfillment.

As human beings, we possess the innate ability to strategize how we navigate the terrain of our personal, interpersonal, and professional lives. To be critical thinking problem solvers.

When our mental/intuitive muscles are being exercised on a regular basis, including recreationally, we’re better able to assess situations, take calculated risks and … are more likely to be enjoying the ride.

The reality of our daily existence is that individual, relationship, and business endeavors require us to follow well trodden paths a good majority of the time.

The question is – how many people stay on these delineated paths, ending up in ruts or dead-ends, because they lack the desire or capacity to try something new? Even though doing so could very well lead to a more desirable result.