Are We Creatures of Bias?

It is time to become critical thinkers, not just critics.

Humanity, en masse, hasn’t been playing the smartest game. We can do the blame game – but isn’t that what has gotten where we are? And where is it that we are? We are creatures of bias. 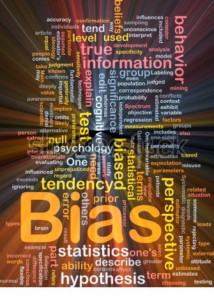 The root cause of our current social/political dilemmas stem from our incessant need to differentiate – and our high opinion that we are right, always right.

Sometimes this makes sense, the problem is we’ve gone too far down the rabbit hole of differentiation and bias. We are so divergent in our theosophies, political affiliations, racial and cultural distinctions. This can be enriching. However, that divergence, when combined with a culturally sponsored, deep seated habit of thoughtless bias, creates serious and potentially life threatening problems.

We’ve become creatures of bias. It’s not who we really are, but it’s become the instigator of who and what we have become. What if we individually, and most importantly, collectively admit that there’s room for improvement, plenty of room – everywhere we look?

So … why don’t we improve already?

1992, in the wake of the deadly Los Angeles riots, I watched Oprah Winfrey perform an experiment on live television. Prior to entering the studio, the audience had been intentionally separated. Blue-eyed people on one side of the room, brown eyes on the other.

The brown eyed people started going off, on national television, that they 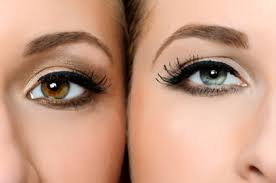 The tension in the audience was palpable. The blue eyes became outraged, and the brown eyed folks annoyed at their indignance. Science backed them up, and their own personal experience confirmed it, so why couldn’t the blue eyed folks just surrender to brown eyed superiority?
I was shocked into a state of disbelief! Could this really be true?  (Of course not, I have hazel eyes and I’m clearly superior to both!)  True or not, I felt betrayed by Oprah. Someone needed to stop her from promoting this kind of bigotry on an in internationally televised program.

About half way through the show Oprah and Jane divulged the nature of their experiment. They acknowledged that there was not a shred of evidence to support such a preposterous claim. 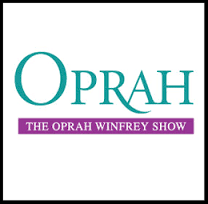 The audience had run with the bias, nevertheless, and nearly started another civil war, right there in Oprah’s studio.

The realms of bias are mind boggling. There is systemic bias – and a zillion subsets. There’s unconscious bias, cultural bias, religious bias, political bias, gender bias, generational bias – to name a few. The most dangerous? The granddaddy of all bias? Confirmation bias. Where we’re knee-jerk receptive to everything that supports what we think and believe, or want to think and believe, and disregard out of hand anything that runs counter to our preferred views.

How do we get the masses to understand we all operate from a place of confirmation bias? How can we get ourselves, individually, to understand it? We are conditioned from birth to think this way – but for our sake and the sake of our future we must reverse the process – we must become critical thinkers instead of just critics.

These profound questions weigh heavily on the minds of mindful people.

Only when we are willing to appreciate another point of view, and do so by habit, and enjoy the process of understanding other’s ideas and experiences, will we come to a place of mutual understanding, co-agreement, and a feasible plan to co-exist in this world.